A playlist for the rest of us.

Ahh, Valentines, the time of the year I find myself eye-rolling the most. For some, it may be more about sobbing or feeling lonely, but no worries. Here’s a playlist of songs to remind you of how awful you feel!

This is part one of the playlist. Yes, I am a pessimist.

This song is in the middle of angry and happily independent. The lyrics appear to be resentful, but the music isn’t as dark.

4. “Gonna Leave You”- Queens of the Stone Age

Singer/guitarist Josh Homme has one of my favorite voices in rock, yet Bassist Nick Oliveri sings on “Gonna Leave You.”

Yes, I included a Linkin Park song. Don’t judge me! I have to occasionally relive my middle school years just like everyone else.

An obvious but fantastic nod to the guitar genius Tom Morello from Rage Against the Machine, “Hyper Music” doesn’t seem to have aged much over the course of more than 10 years.

David Byrne sounds somewhat like a jerk if you listen to the lyrics, but it is David Byrne we’re talking about, so you never know what’s going on in that arty head of his.

There’s no way I can play this song without a smile on my face. This song may not necessarily be about a romance, but it’s still applicable. The Foo Fighters will always be one of those bands that bring back good memories.

I’m not a huge fan of Lily Allen, but she does know how to create music that is equally acerbic and upbeat.

What are the lyrics? I don’t know, but it sounds nice!

It’s hard to believe that four years have passed since Santigold’s first album Santogold was  released. “L.E.S. Artistes” was the first song of hers that I heard back in 2008. Last year I saw her dynamic performance at Austin City Limits, and she drew a much bigger crowd than I expected.

Even though I’m not a fan of hip hop, I gravitated towards her kaleidoscope of genres including pop, hip hop, and indie rock. Now she has done it again with her new single “Big Mouth.” Hopefully the new album she is  releasing in the spring will turn more heads (and ears) towards her.

Click here for the “Big Mouth” music video and more information that I have written about what mischief Santigold will be up to this year.

Here is the second (and final) post about my favorite photos that I took last year.

It’s amazing what a simple 35mm film camera can do. This was taken with my dinky little Olympus Trip 200. I’ve had it since I was a kid (back in the ancient days of compact digital cameras being expensive and less popular).

The camera is only used when I feel its lower quality but charming film style fits the occasion- and the outdoors seems like the best fit. This shot was taken in my backyard. I was basically in the dirt getting poked by branches when I took it, but such are the occasional trials of a good photo. This photo was also in my second art show in Grand Prairie, Texas at a library. Hey, it’s a start!

7. Curiosity in the Sand

Stinson Beach, California was one of the most beautiful sights I’ve ever seen (besides Costa Rica). The roaring waves and the calming, vivid colors of sky’s reflection on the sand was breathtaking. When I saw a kid playing the sand, I knew it would give the image an emotional quality to the already aesthetically pleasing image of nature. 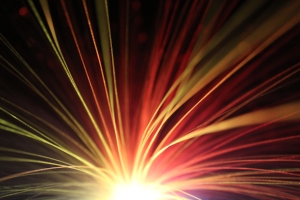 This was one of the first instances in which I realized the great visual treat of bright colors against a black background, and that my bathroom is a great place for photo shoots (who needs a studio when you have a bathroom?). My fiber optic lamp was placed in the bathroom, and then it was simply a matter of patience. Since it rotates and turns colors, I stayed in one place and waited for my preferred colors. This picture is also one of my favorites from that day. 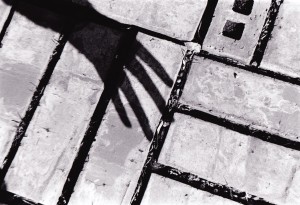 My Canon 35mm Elan 7NE has been a wonderful film camera. I bought it for my film photography class, and it doesn’t disappoint (plus it has the awesome eye control feature). This photo sparked my interest in silhouettes, and made me realize that even just some bricks in the backyard and sunlight can creating a striking image.

This image paved the way for the realization of composition being very important, my Discoveries collection of photos, and especially for the increased usage of film. The poor dead palm tree is still in the backyard, but without branches (if that’s what you call them).

Flowers in the Morning

I also made a short montage video of my northern California using my DSLR.

A couple of weeks ago I interviewed the electronic band Digitalism, and here’s the interview! Even though the group is from Germany, they seem to be better at speaking English than most Americans.

There will also be a review and a few photos up from their show in Dallas after the holidays (a.k.a. my one week out of the year not spent in front of my PC). I’ll also have some reviews and photos from several of the year’s concerts, such as the Foo Fighters and Broken Social Scene.

Music video for “2 Hearts” by Digitalism

Since I will be on my way to San Francisco throughout the Christmas holiday after this semester is (finally) over, I have decided to put together a playlist of songs that mention San Francisco, whether it’s in the chorus, song title, or just one verse.

The songs in the collection are quite varied. There’s anything from blues to punk rock, but isn’t that the fun of mixes anyway?

Unfortunately, 8tracks wouldn’t allow me to add The Mamas & the Papas version of “San Francisco” since I didn’t have the album title labeled, so here it is for your enjoyment. I personally like it just as much as the original Scott McKenzie version.

Here are the songs included on the playlist:

1. “San Francisco (Be Sure To Wear Flowers in Your Hair)”- Scott McKenzie

Besides being an exhausting title, this track can also be noted for the beautiful melody. Once it’s stuck in your head, good luck getting it out. You’re welcome.

2. “Left of the Dial”- The Replacements

Ok, so San Fran is only mentioned once, but it’s such a good line:

“Headed out to San Francisco, definitely not L.A.”

The Replacements certainly had an affinity for humorous lyrics. This band, along with R.E.M., introduced me to the plethora of fantastic music known as the ’80s underground (college radio!).

I honestly had no idea what “they both went down to Frisco, joined the SLA” meant. After looking it up, I discovered that it was referring to the Symbionese Liberation Army– the militant group that kidnapped Patty Hearst in the ’70s. Who says you can’t learn anything productive from punk music?

4. “Back in San Francisco”- Orange Peels

It’s not really a popular song, but it has a laid back feel that (I assume) fits the vibe of San Francisco. Ironically, they will be performing in the city while I’m visiting.

Veedon Fleece is an underrated album, and Van Morrison is an underrated artist in general. His songs have always been able to capture a mood or moment perfectly through both lyrics and vocal styles. “Linden Arden Stole the Headlights” is about an Irishman living in San Francisco. It doesn’t exactly end up well.

6. “I Left My Heart in San Francisco”- Tony Bennett

Is it possible to not love Tony Bennett? I’m not a big fan of crooners, but something about his music just makes me all smiles.  This song is an official song of the city, so others must feel the same way.

You will probably find yourself nodding to the slow, grooving beat whether you like it or not. Chicago blues would not be the same without Buddy Guy. Also, this may just be the perfect song for someone like me who is visiting San Francisco for the first time because of the following lyrics:

“Hello, San Francisco. Oh, we finally got a chance to meet. I knew someday that I would walk up and down your hilly streets.”

Believe it or not, this Red Hot Chili Peppers song is about drug use. Who would have thought! The beginning is quite odd, and if you’d like to get on to the headbanging, skip to 1:40. Flea does some strange singing near the end. Let’s all be happy he’s an excellent bassist.

Always writing songs with a wink, the Arctic Monkeys poke fun at an imaginary British band trying too hard to relate to American culture.

If Ray Charles and the blues were mixed together, it would probably sound very similar to this. I love the female backing vocals as well .No one has ever sounded quite like him. Maybe there are 20 songs about San Francisco that he made, but I wouldn’t know since he made over 100 albums!

It’s a fairly simple acoustic song with baroque leanings. Colin Meloy’s voice is very unique, and allows the song to stand out a bit more. Just don’t listen to it if you’re sleepy (unless you are wanting to go to sleep).

I saved the best for last. This song paints a picture of the bay so beautifully. I can’t really even describe why it’s so good, because it really isn’t a complex song. It’s most likely because Otis Redding’s voice exudes soulfulness. He could sing about a sandwich and make it emotional.

If anyone knows of some other fine tunes about San Francisco, let me know!